Home » Essays » Books Which Have Influence Me

Books Which Have Influence Me Essay Writing Service

Books Which Have Influence Me Essay

There are, indeed, books and books; and there are books which, as Lamb said, are not books at all. I have come across both the types- the trashy as well the useful. Both have left their impress behind, but I shall mention only those which influenced my mind for the better.  Looking back on the long vista of years I think Jane Eyre was 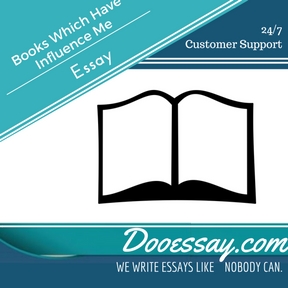 Books Which Have Influence Me Essay

the first book that I read twice and would be glad to read it a third time if somebody presented it to me. I was, I think, fifteen when I first came upon it and what appealed to me most  it was the adorable fidelity and affection with which Charollete Bronte had written of children. The tragic childhood of Jane Eyre wrought upon me a certain charm of attraction as well as compassion. It is generally said that the true tears are those which are called forth by the beauty of poetry. But the true tears are also those, of a yet rarer kind, which are called forth by the beauty of goodness and of such goodness I had an overflowing abundance in Jane Eyre. Her hero, Rochester, is a wonderful and incomparable figure. How she came first to conceive and finally to fashion that perfect study of noble, faithful and suffering manhood was and still is a puzzle to me.

The same year I came upon Jane Austen. I had long wished to write a novel in which, as mostly in life, nothing happens. And Jane Austen, I found, had forestalled me there – though not quite. She gives some mild shocks occasionally; her persons knock their heads together now and then, and there are stars to be seen by somebody. But, taken on the whole, her world squares well with the world that I had conjured up for my novels which I still believe I shall write some day – and dip into the well whereof Miss Austen has only skimmed the surface.

The next person in order of time was Shakespeare. He did not impress me at that time. I am not ashamed to make this confession, for I have now made amends and Shakespeare has been placed on the pedestal he deserves. Macbeth was the first drama that fell into my hands. I was horrified at the diabolical crimes and tried to seek refuge in All’s Well That Ends Well lured by the title. I very soon concluded that the title was a supremely cynical one. I detested Betram and was absolutely disgusted at Helena falling in love with Paroles – that bragging coward. Shakespeare was done for. I did not read anything more by him for a couple of years.

Having already read two or three abridged novels of Dickens, I began to feel that I was qualified enough to approach the man in person. And I think I did well in choosing David Copperfield as the medium of my communion with that great mind. How closely Davy’s childhood resembled mine, how I felt my heart go towards him and how I wept with him and for him, I can never forget. He had lost his father and was badly treated by his step-father. I had lost my mother and was similarly treated by my step-mother. His mother was weak but always loving. My father was weak (he is very strong now) and always loving. It seemed that Dickens had really meant to paint me, but on second thought had introduced a few changes here and there so that I should not recognise myself too easily. Micawber pleased me 060 much that as soon as I thought that I was going to read something about him, I used to laugh aloud so that I might not be interrupted by ‘any fits of hilarity in the course of hearing him speak.

Side by side with Dickens I came under the influence of Byron. I had recently been discouraged in my love for Rehana and his Harlow and Manfred with their burden of melancholy on them gave me comforts as did the sulleness of his Laras. I kept repeating to myself:

My days are in the yellow leaf.
The fruits and flowers of love are gone
The worm, the canker and the grief
Are mine alone.

But that was only a temporary phase. As soon as I came over my ill-advised infatuation for Rehana, I hated Byron, for I loved life. Wordsworth, I thought, might give me solace. But his transcendentalism and philosophies scared me away and I found comfort and an echo of my heart in Shelley’s unbridled desires. How long I may continue under his charm, I do not know. His idealism, his hope for mankind, his pursuit of intellectual beauty, his sympathy for the woes of suffering humanity has an increasing appeal for me.

By this time books of all kinds had gradually accumulated in my little study and. I was faced with the alternative of either evicting the books or leaving them in sole, undisturbed tenancy and taking lodging else where for myself.’ At last I determined to do to them what many people do to rubbish – to make-a bonfire of them. While I was consigning them one by one to the devouring flames, I came upon a book that I would never forget, for that little volume was to me a guide as well as an. entertainment. It was The Meditations of Marcus Aurelius. It is a book in a class by itself. I wonder if I shall come across another of its kind. I am glad I saved it from the flames.