According to United Nations Development Programmes UNDP’s Human Development Report of 1996, the adult literacy rate in Pakistan is a nearly 36.4 percent and the gross enrollment ration at all levels in 37 percent (which indicates that the literacy rate is not growing at a reasonable rate). Having this gloomy picture in view, how can anyone feel overly excited about the government sponsored ads in the media announcing a ‘giant step’ towards literacy providing for schools in every nook and corner of the country. Government in Pakistan have traditionally been 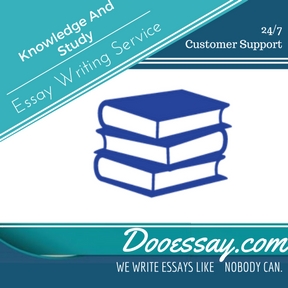 long on promises but short on action. The history of education in the country is full of unattained targets set by governments pledging to translate the goal of Universal school enrollment into reality Under the present education policy which covers the period 1992 – 2002, all 5 – 9 years old children should be in school, 106,000 primary schools should be opened, 265,000 teachers should be trained and recruited and the literacy rate raised to 70 percent by the year 2002. With half the plan period nearly over, we are still miles away from these targets. The question is: Will we ever manage to achieve them? Primary education which is the backbone of any literacy programme remains as neglected as ever. If the government was serious about promoting literacy, It would have mounted a drive for a higher rate of primary enrollment the infrastructure for which already exists (there is only the need to expand and develop it further). This is not being done. The number of primary schools in the country has actually declined since 1992. The government’s failure to open new institutions testifies to its lack of political will to spread literacy. The million of children who are out of schools will grow up to be literacy adults. Thus the backlog of illiteracy will continue to grow.

To tackle the problem of those who missed the bus – that is the illiterate adults – the government has set up the Prime Minister’s Commission. This body, like many such outfits in the post, has chalked out a programme for mass education. It has announced that it will be setting up 10,000 Non-Formal Basic Education Schools (NFBES) in five years to impart primary education on an informal basis through a crash course of three years, (instead of normal five). The commission claims that 1,150 NFBES have already been set up with an enrollment of 40 or so students per school. It is also being claimed that the per student cost in these institution is Rs. 1,468 when the government spends 6,000 per student in a primary school. All this reminds us of earlier schemes the last one being the Nai Roshni schools – which were introduced with such fanfare and promised of transforming the educational scene. What raising the literacy rate, it must show more meaningful commitment to this professed goal. Organising meals and exhorting people to send their children to school be pointless if there are no schools to send them to. We know that many schools exist on paper only. A recent survey carried out by a reporter of an English daily had found that over 300 schools in Sindh were being used by waders as outages, for storing grains or housing poultry forms. The NFBES could suffer the same fate if their working is not properly monitored one. One only hopes that the government will keep an eye on the functioning of these institutions. Meanwhile, if it really wants to improve the literacy rate it should not abandon its responsibility in the primary school sector as it seems to have done. The government effort in this field should be stepped up so that the goal of Universal primary education is achieved in the near future.

Only about 48 percent of the school age population is enrolled in schools. Rural / Urban and male/female unbalances are guest with participation rate of 20% for rural female and 77 percent or urban boys. The worst sufferers in all areas have been women i.e in rural Baluchistan female school participation rate is only 8 percent. This picture shows the quantitative achievement which is extremely low. But the quality of education has also deteriorated which is very disturbing and alarming. The few major caused for low achievement in the expansion of education is the structure of education which is discriminated by our English and Urdu schools are labelled as English medium because they prescribe foreign published expensive books.