Home » Essays » The Wonders Of Psychology

The Wonders Of Psychology Essay

Among the modem sciences all have revealed such wonders of Nature compared with which the wildest fairy-tales look to be sober’ statements. For example, the science of biology opens before us a world of struggling, evolving, changing animal species which’ altogether revolutionises our entire outlook on life and man. Geology has given us a view of the formation of mountains, rocks, seas and deserts; mountains are seen rising from the bowels of the earth and rivers carrying down from them ‘the dust of continents to be.’ Astronomy and physics, similarly, reveal to us hitherto unperceived relations and entities and spaces and periods compared to which the life of the sun and farthest star is nothing. 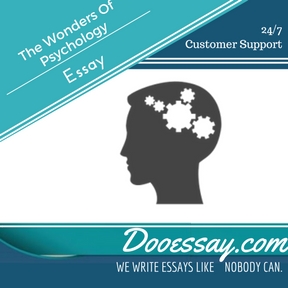 The Wonders Of Psychology Essay

Among these wonder-revealing sciences the science of the human personality, psychology, is not less wonderful. Just as we are apt to accept the phenomena of birth, of the existence of hills and seas, of the rise of the sun and the revolutions of the stars without further thought, so are we apt to regard the operations of our own minds. We never pause to reflect what a wonderful world there is inside us, whose processes, whose dark spaces and inscrutable laws and operations are as unknown to us as the laws and operations of the vast, objective universe. Modern psychology is a vast and experimental science, which has placed before modem man so many new and wonderful facts about his own nature which he had never suspected before. These new facts throw an altogether over-prizing light on the nature of man, and alter our conception of his mind, his personality and the elements which go to compose what is called his mental make-up. One of the greatest names in psychological research which has given the stimulus to inquiry into the operations of our mind is that of Doctor Sigmund Freud, who was an Austrian physician, and whose interest in the mental make-up of his patients and the perceived connection between the development of disease and the state of the mind led to make inquiries into the entire structure of the mind of man. The’ worked which Freud began was taken up and further developed by Jung, Adler, Macdougall and others.

What psychology reveals .to us is that the portion of our mental life which we call: the conscious.is a very small part indeed of our total mental lite. According to a famous simile, the human mind may be pictured as a floating iceberg, a large part of which is submerged in the sea, and. a very small portion alone is floating above surface. This small portion is the conscious, or that part which acts according to our deliberate will and purpose. It is that portion which aims and plans our movements in life, which acts socially and decently, which makes us clever, calculating and responsible individuals, But, alas! this decent and.responsible self is a very small portion indeed of our total self. Lying underneath this consciousness are the unfathomed and dark gulfs of the unconscious, which have in them vague, unknown and uncontrollable forces, called instincts and urges. These uncontrolled instincts are the real motive forces of our nature. They represent the primitive or animal nature in us, linking us up with the savage, the tiger and the wolf. However much we try to discipline this animal in us, it breaks loose from our discipline and is consequently coming to the surface. Old thinkers called this the lower self, the human nature or the Old Adam in us. This self is the seat of our fury, our greed, our lust, our revenge and our cruelty. This self it is out of which proceed our rash and sudden deeds, which we do in haste and repent over at leisure, when the discipline and criticism of the conscious reassert themselves. This unconscious is the master before whom we are so helpless. It can humiliate us before others, it can impel us towards crime, towards all that. is forbidden DY the rules which society has established for smooth functioning, while morality is a Bundle of ‘Nos’ (Thou shalt not kill. Thou shalt not steal, etc.). The unconscious is like a child constantly attracted towards this, that and the other forbidden object, and sometimes is breaking away from restraints to fulfill its desires.

Our dreams, psychology tells us, are net a foretelling about the future, as the superstitious have in:an ages imagine« them to be, but are a . record and revelation of our past. It is from a man’s dreams that you can know of the impulses, desires, fears, inhibitions and complexes in his nature. (These last are terms invented by psychology to represent certain processes in our nature). What we have missed in life we may fulfill the desire for it in a dream representation. What we dare not wish for or acquire in life, we acquire or grab under a scarcely recognizable, disguise in a dream. Dream-interpretation helps to detect a man’s mental disease, to cure him of the twists and flaws in his personality and to make him a normal individual by knowing and tracking down the deformities in his nature. Modem psychology, therefore, reveals untold wonders of our nature. It has already proved to be a valuable ally of the philosopher and of the inquirer into problems of morality, it has thrown a light on the working of human nature which has revolutionized our conceptions of morality, religion and so many uncritically accepted conceptions.

What I Think About Examinations
Values Of Teaching English In Pakistan