The U.S. will continue to threaten retaliation, including nuclear retaliation to deter aggression against it, and its allies, according to the report. The Pentagon is making it clear that it reserves the right to use the nuclear threat even in the event of conventional attack against its forces, it is pouring cold water over international expectations that Washington may agree to undertake commitments on a nuclear “no first-use” .  This should serve as caution to those in India who are pleased by occasional statement from visiting liberal arms control experts, that they favour American adoption of nuclear elimination as at least a long-term goal. 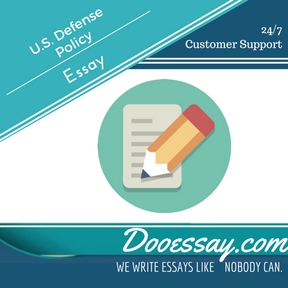 In the joint statement issued by the prime Minister. Mr.Narasimha Rao, and the U.S. President, Mr. Bill Clinton, in May 1994, in Washington, there was a vague reference to the long term abolition of mass destruction weapons. But despite enormous pressure from arms control groups, Mr. Clinton refused to reiterate that goal in a speech to make the 25th anniversary of the Nuclear Non-proliferation Treaty. Mr. Perry concedes that with the end of the Cold War with Moscow, ‘We need less deterrence” and a smaller nuclear force. But he insists that Washington must hedge against a possible reversal of political course in Moscow, and have the ability to reconstitute a large nuclear arsenal.

The pentagon is worried that a possible “significant shift in Russian Governments into the hands qf arch-conservatives could restore the strategic nuclear threat to the U. S., literally, overnight.” Given the instability and uncertainty, Pentagon demands that the U.S. “must maintain nuclear weapons necessary to deter any possible threat or to respond to aggression, should deterrence fail.” Pentagon calls for “an affordable hedge in which the approved force structure could support weapons levels greater than those called under START II, should major geostrategic changes demand it.” The Second Strategic Arms Reduction Agreement (START II) calls for a ceiling on U.S. nuclear forces, around 3,500 warheads.

The current American’ nuclear doctrine believes it needs a sizable nuclear force, not only to protect itself but a number of allies who depend on the extension of the American nuclear umbrella. The Pentagon notes that “maintaining U.S. nuclear commitments with NATO, and retaining he ability to deploy nuclear capabilities to meet various regional contingencies, continues to be an important means for deterring aggression, protecting and promoting U.S. interests, reassuring allies and friends, and preventing proliferation, “Without an effective U,S. nuclear umbrella, the Pentagon implies, some of its allies such as Germany and Japan may be tempted to acquire nuclear weapons of their own.

Reiterating the commitment to extend deterrence to its allies, the Pentagon states that “although nuclear capabilities are now a far small part of the routine U.S. international presence, they remain an important element in the army of military capabilities that the U.S. can bring to bear, either independently or in concert with allies, to deter war, or should deterrence fail, to defeat aggression.” The Pentagon cites the proliferation threat from the third world as another justification for maintaining a strong nuclear arsenal. The Pentagon notes that “the proliferation of nuclear weapons and other weapons of mass destruction, rather than the nuclear arsenal of a hostile superpower, poses the greatest security risk,”

The Pentagon reject the argument that the U.S. should undertake radical nuclear disarmament to convince non-aligned State to abide by the Nuclear Non-Proliferation Treaty. According to the annual report, the motion that “nations are motivated by U.S. nuclear forces in making decisions about acquiring nuclear weapons, is simply not valid.” Potential proliferators are more likely to be driven by concerns about neighbours’ capabilities or the desire for prestige or regional hegemony than the decisions America makes on its nuclear arsenal.” Joining the current debate on the NPT, the Pentagon recommended that “extending the NPT indefinitely will, therefore, do far more to improve individual nations security than would a further decline in superpower weapon stocks.”