We live in two universes, a universe of communication and a universe. of things, with which science deals. We are always talking or constantly listening. When no one is around us, we talk to ourselves. Words are the means by which our civilization is developed and passed on. Our language’ determines largely the character of our intelligence, our affection and disloyalties. We live in words, are surrounded by them, and the only means we have to get outside of our own language so that we can even look at it, is through the study of foreign languages. No one can know fully the features of his own language, its qualities and defects, without understanding another language. Through foreign study a person perceives’ how conventional a language is, and becomes conscious of the mechanism of his own speech. Without the knowledge of a foreign language we are just like a squirrel in his cage. 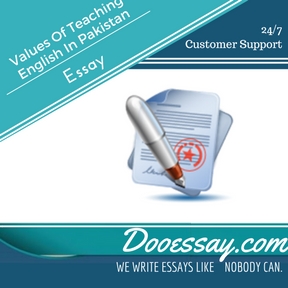 There is a tendency now-a-days to discount all claims for mental discipline except in relation to exactly similar skills or activities. Yet, to give up these claims entirely would be to reject most of the traditional subjects of the curriculum. Who uses algebra, trignometry, ancient history directly or indirectly in his daily life? Almost no one. And yet these disciplines, along with other factors, apparently effect changes so noticeable that a few minutes of casual conversation usually suffer to identify as a man who has had this kind of training. The difference is as real as that between the average lawyer and the average plumber. Language study exercises the memory chiefly, but memory cannot be divorced entirely from .other intelleetual faculties. It depends on and is facilitated by close observation of resemblances, differences, and distinctions, The ability to perceive such differences and similarities characteristics most mental disciplines.

There are people who think that many philosophical.narrative, and dramatic works can be handled in Urdu translation. But the simplest things are the most difficult to translate. The flavour of words, the associations of words and emotions are difficult to communicate. In nearly every translation of a literary work, something is lost. It is never possible to enter fully the spirit of a nation except through its language. To depend on translations is like studying the colourless reproductions of paintings rather than originals. When the originals are too difficult of access, the reproductions may be most useful, but they can never satisfy wholly.Some people are under the impression that, with the introduction of English, we have undermined the importance of the mother-tongue, Urdu. It is a fact that English, being the official language in undivided India, enjoyed the most important place for almost two centuries, but now, when we have got freedom, it is sometimes a false antithesis set up with regard to English and the mother-tongue, it being wrongly supposed that if the latter is emphasised, the former suffers. As far as the teaching of English in our schools is concerned, the mother-tongue can be of the greatest assistance, directly and indirectly. ‘Any emphasis laid on the mother-tongue will have a good effect on the standard of English. Other things being equal, strengthening the mother-tongue will mean strength in English. Work put in to improving the standard of the mother-tongue will show itself in an improvement in English.

It is possible to go round the world and not to see anything. Whatever a nation really stands for, whatever is important in its life and civilization, reaches consciousness only in the heads of a small minority, the artists and intellectuals. The study of a foreign language allows us to escape from the atmosphere of the home, the village, and from the styles, fads and fances, not of a single space but of a single epoch. This is what we need, because we, the people of Pakistan, are backward in every respect. Ninety percent of our population lives in villages. They live in mud-houses with noventilation whatsoever. Sanitation is unknown to them. They do not have refuse or manure pits. In order to uplift the masses, it is necessary for us to tell them the Western standards of progressive living. It is through the study of English language that we can have access to Western culture.

MODERN SCIENCES AND THE ENGLISH LANGUAGE.

It is a hard fact that books on modern science, such as chemistry, zoology, biology, political science, etc, are written in English. Almost all the terminology is in English. If we want to be abreast with the modern world, we have got to know these sciences and only the study of English will enable us to understand these sciences. The development of rapid telephone and radio communication and rapid transportation by air now places us politically, physically, and socially closer to Americans than the French were to Norwegians only a few years ago. The activities of our national and personal lives affect, and are affected by, people in the far corners of the globe.

The point need not to be laboured. We are living in one world. This small world is one in which all of us – diplomats, business men, and scholars – must live out our lives, and our children will live more intimately than we with their contemporaries in other lands. Whether we discharge our world-responsibilities well or poorly, ignorantly or understandingly, will be determined greatly by our ability to understand other peoples and their ability to understand us. Only through the ability to use another language ever modestly can one really become conscious of the full meaning of being a member of another nationality or cultural group. Last, but not the least, nobody can deny that a foreign language, such as English, broadens our outlook. the benefits of English literature and thoughts are best manilested through the modern Pakistani writers. None of the modern writers is merely an oriental product. Modern psychology has influenced them a great deal.

The notable success achieved by Urdu short-story writers in recent years is largely due to the influence of English masters like R.L. Stevenson, Poe, James Joyce and Galsworthy. The technique of the short story is even yet imperfectly understood by Urdu writes; for most of them confuse it with that of the novel. But there are many exceptions. Krishan Chander, S.H. Minto, Ahmed Nadim Qasmi, Hajira Masroor, Ahmed Alik Ahmed Abbas are some of the writers who understand and practise the technique of the short story. All of them have been inspired by English and other foreign authors. It is highly doubtful if they would have given us and short story – like Krishan Chandar’s Yarkan or Ahmed Abbas’s Esi Bulandi Esi Pasti if they had not drunk deep at the spring of English literature. The writer does not believe that English should be the medium of instruction at our college level. But only the values of teaching’s a foreign language as a second compulsory language have been discussed here.

The Wonders Of Psychology
Knowledge And Study